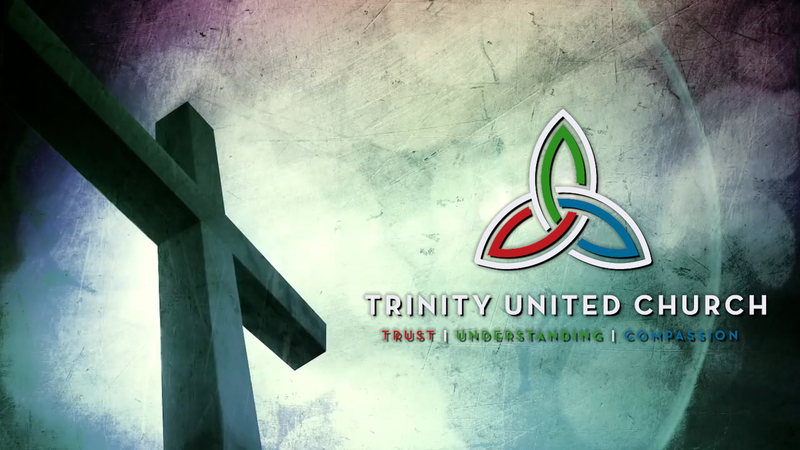 ***As I tested positive for Covid-19 the day before, I was unable to preach this in person. Donna Bouvette did so in my stead. The following is the script.***

I’ve noted before how rarely the Book of Revelation comes up in our three-year cycle of readings, but it is much more influential than we realize. At the same time, only 1.6% of all of the suggested readings come from the last book of the Bible. By comparison, 20% of Voices United draws its inspiration from the same source. So we don’t get to hear it that often, but we do get to sing it more. As a complication, the readings show up in clusters. So this week, next week’s, and pretty much every Sunday clear on up to the end of May, the week before Pentecost, all feature readings from Revelation. So not only does the lectionary have just a handful of places that Revelation shows up, but it clusters most of them together in one place! So we are on a trip through Revelation for the next few weeks.
Many mainline ministers avoid Revelation even as a one-shot sermon, never mind a series on that mysterious book. In some ways, I’ve painted myself into a bit of a corner on this, given that I have constantly said that Revelation is not a book that we should fear or dismiss. In fact, with the possible exception of the Psalms, no other book celebrates the wonder of God in quite the same way. All the readings over the next several weeks all hit on those moments of celebration that Revelation embodies.
David’s earlier reading concludes with a scene of heavenly worship that re-introduces us to Jesus in a pretty jarring way, but not in the way we might expect. Chapters four and five introduce a magnificent scene of heavenly worship that has influenced so many of our hymns of the faith. The symbols are attempting to describe something genuinely indescribable. It brings up these incredible images: the throne, symbolic of God’s authority. Still, it uses words to describe an impressionistic style of painting. It is less helpful to take them literally and far more essential to see how the symbols would encourage the early church.
This excellent setup early in chapter five describes Jesus in metaphorical ways: the one who is worthy to bring order to chaos. Revelation describes Christ in these powerful, majestic terms, but Jesus is still off-camera as a great introduction. They’re familiar: “The lion of the tribe of Judah, the Root of David,” the one who conquered, all compelling images. For those of us who grew up with CS Lewis’ Narnia series, Aslan the Lion wears this mantle so well. If you’ve ever seen the film, it shows a great Lion in all of its enormous grandeur with the voice of Liam Neeson. It is impressive, to be sure, but Revelation is different.
After this grand introduction as the Lion of Judah, Christ appears not as a Lion but as a tiny lamb. Not only that, John makes a play on words here that we miss in translation. We think of a lamb as being small and vulnerable already. Still, in John’s language, he amplifies the weak and small to describe the lamb. We might understand John’s description better as a desperately cute lamb plush toy. A desperately cute lamb plush toy imbued and entrusted with all of God’s power and wisdom.

It’s a deliberate choice on John’s part. It shows that in Christ, in God’s most vulnerable moment, is more powerful than anything the world and its powers can throw at it.

It is what all the celebrating is about. God is infinitely more powerful than all the powers-that-be in the world and in the cosmos, even at the weakest and most vulnerable. Even the most powerful forces that seem to be present in the universe, chaos and death, ultimately have no power to stop what God has done in Jesus Christ.
For the early church trying to survive in some extraordinarily dark times, these were powerful words of encouragement.
It also sets things into perspective for us. We now live when the church no longer enjoys the position of power and privilege it once had. In fact, as a church, we are still coming to terms with how we abused that power and are living with the consequence of becoming less relevant in western society. If anything, Revelation is a reminder of how corrupting power and privilege can be.
In practical terms, Revelation calls for optimism and encouragement when everyone else sees doom and gloom. In 21st Century North American mainline churches, we look at aging congregations dwindling, and we panic. We suddenly start looking around for a quick-fix solution to restore our churches to the glory days. We quickly blame everything else, whether sports or a permissive or “woke” culture. We come up with convenient labels for the boogeymen we create. We blame lots of things, but that blame is entirely misplaced. We are in deep trouble if we want it all back because it means we aren’t trusting that God is the one in control.
This panic is entirely misplaced because we are worrying about something we should not be worried about: the preservation of the institutional church. Our faith is not about institutional survival, which, unfortunately, power and privilege engender. Instead, our faith is about celebrating the power of God in life and that no earthly authority, not even death itself, is capable of destroying that. If we can let go of this institutional preservation neurosis, we then free ourselves to let ourselves be the people that Christ is calling us to be.
We shouldn’t be about what will help us “survive” as a church but what we can do to live our lives in hope and faith. Oddly enough, if we become less concerned about our survival and more about living, reflecting and celebrating God in life, we become what Christ calls us to be. We become people unafraid of death and ready to embrace and live out our lives as they truly are: a gift of God.
We are in the midst of the Easter season, and I think the danger is that we’ve taken it all in stride, as we always do every spring. Easter seems to be routine, and it shouldn’t be. Maybe it’s time for us to embrace how genuinely revolutionary Easter is. Even though it is something that all of us will face, Easter proclaims that death does not have the final say over who we are and who we can be. But it is one thing to talk abstractly about resurrection and quite another to live it out. Part of living out resurrection is not to be afraid of what the future holds but to trust that God is in control. When we get into institutional survival mode, we can lose sight of that.
But here’s something to consider: How many of the churches that Paul, John, or any of the apostles helped found are still around? Do we have a congregation somewhere in Greece or Turkey that still worships in the same building that Paul or John of Patmos once did? Do those congregations still exist? If you were wondering, no, they don’t. First off, early Christians never had dedicated worship spaces, as it was an underground movement. Even when they did, earthquakes, natural disasters, and invasions by marauding Visigoths, Huns, and Vandals ensured that. Yet what lives on is not the individual congregations but the ongoing gospel message of hope. The reality of the resurrection lives in the hearts and minds of people who follow Jesus, who try to make the world a better place in Christ’s name. It does not live in the edifices and institutions that we have built. That remains a message as relevant today as when it echoed in the hearts of that first handful of followers.
Through our continuing the celebration of Easter, the hope of resurrection lives, and I hope that it continues and lives in us!
Happy Easter.

Why do you look for the Living Among the Dead?